There was no way I was going to pass up an opportunity to meet ‘the real’ Robin Hood, in Sherwood Forest, with his Merry Men and special lady, Maid Marian. Nope, it simply was not going to happen, especially as my friend, the author Philip Gardiner was filming a documentary on Robin Hood and was in need of an extra hand on the set. 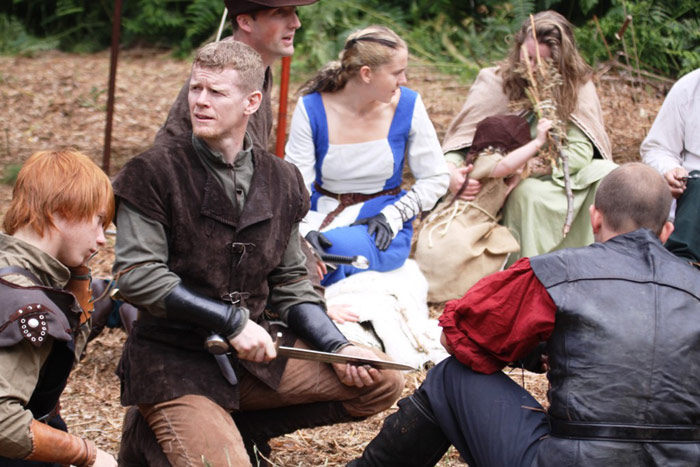 On the set of Philip Gardiner’s Robin Hood documentary

Robin Hood is one of the most popular legends of this or any other era. But is the green man in tights to be believed? I’ll leave that debate to Philip, whose upcoming book and documentary will delve deeply into the historical and archetypal aspects of the whole affair. Having read the synopsis and discussed it at length, I am convinced that he is about to produce the definitive account of the man, myth and legend. So watch this space. 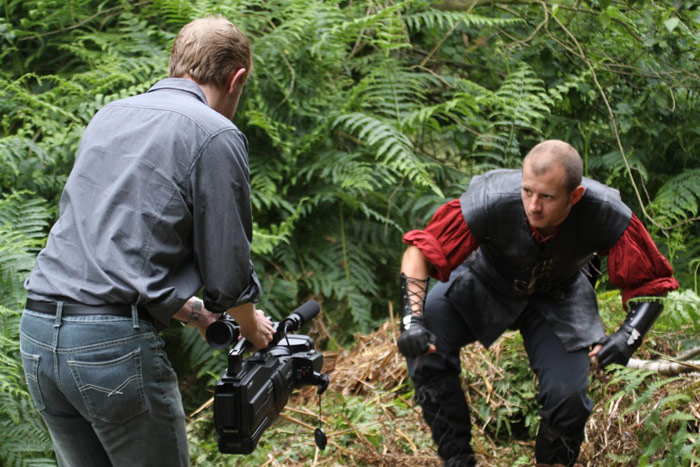 We’re all familiar with the archetypal Robin Hood – the Green Man, Osiris, the oppression of the Normans, etc, but did you know that there are nearly a dozen historical accounts of a man named Robin Hood that match his description – complete with matching supporting cast – before the year 1300? 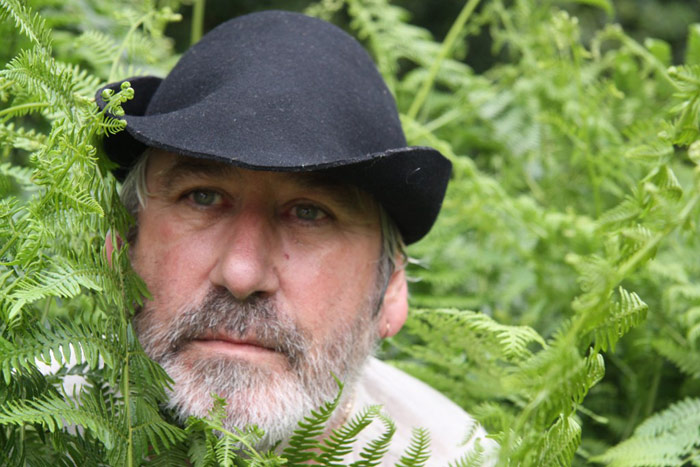 The green man and Robin Hood are closely linked in mythology

Today, we are in the presence of the ‘real’ Robin Hood, a knowledgeable and authentic looking chap who is commissioned by Nottingham City Council to portray the historical Robin Hood in an official capacity. The guy is fantastic, and man was he born to play the part. 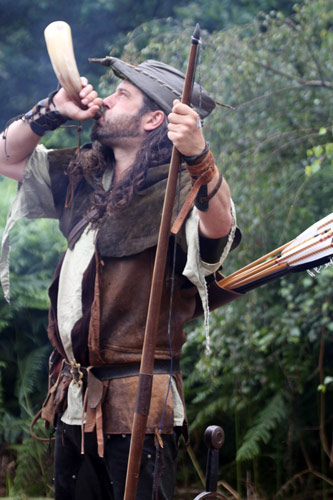 As I reflect on the mythos of the green man, I am suddenly struck by the notion that Robin Hood ‘took from the rich and gave to the poor’. Personally, I lean towards archetypal explanations anyway, but there is something about this notion of justice, or Ma’at as the Egyptians called it, that’s preying on mind.

Yes, Robin Hood appears to stem from Osiris – who is frequently portrayed as ‘green’, but what about the stars? Might Robin Hood be an analogy for the death of one era and the rise of another? Could his legend be allegorical for the cyclical nature of justice? I pondered the possibility as we assembled at an oak tree not far from base camp and prepared to film Robin Hood’s death scene; his final arrow slung from his bow just seconds before collapsing in Maid Marian’s arms. 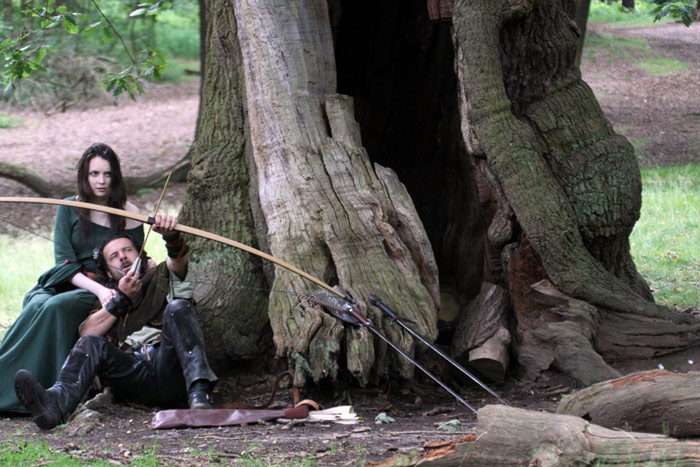 At the precise moment that Robin took his final breath, I stood resolute in my belief that so much of what we deem legend, even history, is actually about archetypes. Sure, from time to time an authentic and historical figure may spawn a revivalist cult, acted out over a long period of time, but more often than not, the truly great legends were created by man gazing up into the heavens; as viewed above, so retold below. At the end of the day Robin Hood is quite a story and will make a brilliant documentary, regardless of where it came from. As for Philip, well he’s got another hit on his hands I reckon. I’m excited for him, although you could say I’m green with envy.