Finding Solace on the Summer Solstice

The summer solstice is celebrated the world over, especially across old Europe. Quite simply, it’s a day of celebration and remembrance like no other. In England, the tradition is synonymous with Stonehenge, and in my opinion, not in a good way. Poor Stonehenge, I have always felt; the sacred, world heritage temple is routinely trashed by pseudo neo pagans and new age debutants who hold little regard for the sites true sanctity. There are exceptions, of course, but the celebration is largely a charade.

On a day that started in Avebury and included a full tour of Glastonbury, I had saved Stonehenge for last, a wise choice as it turned out, for it was nearly empty, albeit in tatters. And as the sun set through the clouds, the site reverberated as it should, as it has done before on this very day for thousands of years. 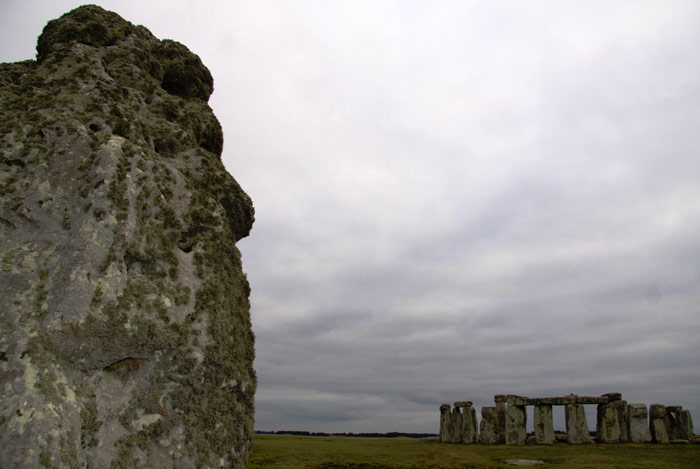 Summer Solstice sunset at Stonehenge – after the crowds had departed

Some twelve hours earlier I had started my day at the nearby Neolithic sanctuary of Avebury. Here, a calmer scene unfolded, and the diverse and awe-inspiring site proved a perfect venue to honor the sun, and life, on this longest of days. 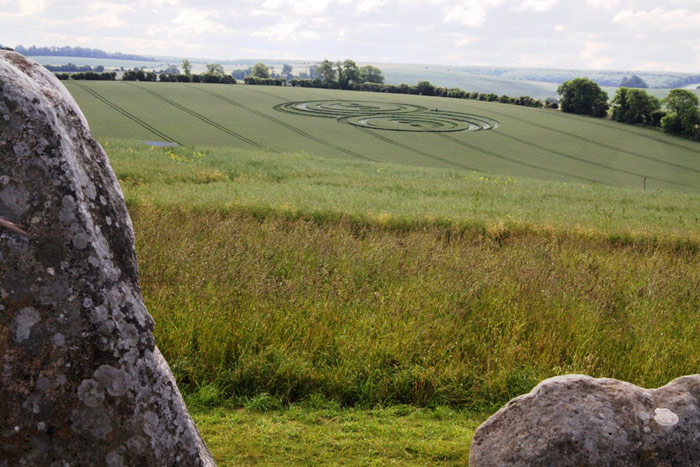 Avebury: A crop circle, viewed through the lintels of the West Kennett Long Barrow

An unlikely, but entirely splendid location in which to enjoy the midsummer festivities is Glastonbury – the Isle of Apples – the Avalon of Arthurian mythology according to legend. And it is here that I went next. 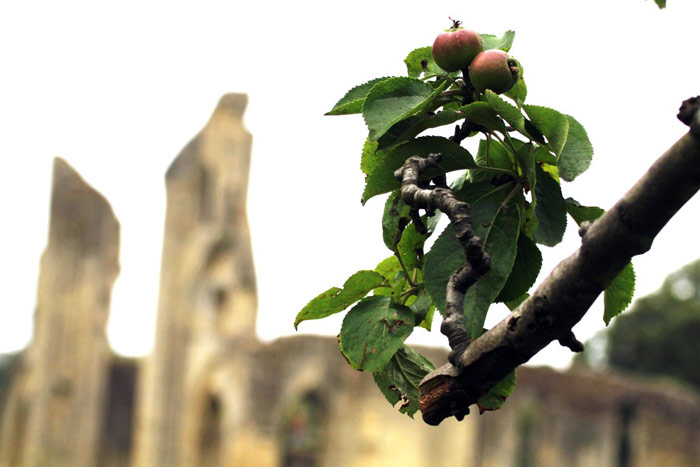 Glastonbury Abbey; the heart of the Isle of Apples

Glastonbury was magical, and reminded me of how simple a celebration of light can be; a walk around the sacred Chalice Well – a peaceful garden with sacred springs and legends of the Holy Grail, a hike to Glastonbury Tor – the labyrinthine passage to the netherworld, a stroll through the spring lamb fields that lead to the tree that was spawned by the staff of Joseph of Arimathea, a tour of Glastonbury Abbey – where Arthur and Guinevere were buried, a visit to Gog and Magog – two surviving oaks once revered by the druids, and finally, a slow, introspective walk around the labyrinth in Saint John’s churchyard. Fabulous. 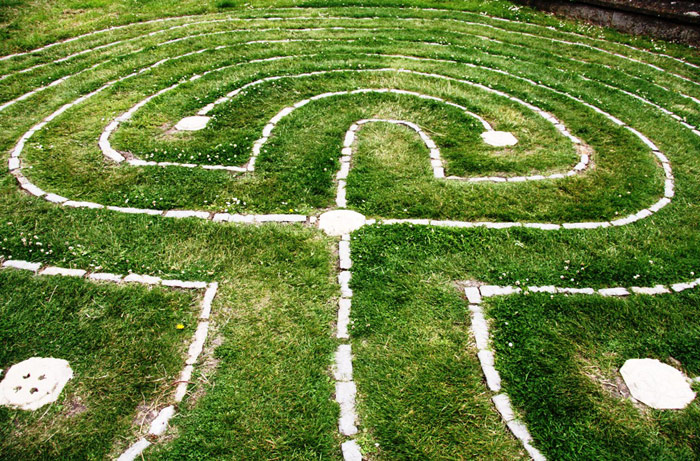 The Labyrinth at Glastonbury

The thing is, why wait for the summer solstice to celebrate the fullness of life. Sure, it’s a special day, I reflected, but we tend to forget that there are 364 others that are every bit as precious.