The Hope (of the Ankh) and Anchor

The following has nothing to do with Rennes-le-Château. Or at least it shouldn’t. And it’s true!

On a recent trip to the supermarket I had an incredible ‘ah-ha’ moment with respect to the origins of the Egyptian Ankh. How bizarre is that?

No sooner had I arrived in the breakfast cereal aisle than my shopping cart collided with a woman wearing a blue blazer, jeans, and a tee shirt with an Ankh on it.

‘Sorry! Uh, I should have been more careful,’ I confessed. ‘It wasn’t your fault’, she said, somewhat embarrassed yet slightly perturbed.

‘Thanks,’ I said. ‘Listen, Nice Ankh,’ I blurted, regretting my awkward attempt at small talk from the instant I opened my mouth.

She replied slowly and with some trepidation, ‘Right. What does it represent?’

Curiously, without hesitation I added, ‘That’s the beauty of it. No one knows for sure. Some think it’s a camel shoe, which would have been quite important from a domestic perspective, while others believe it was meant to represent the reproductive part of a woman’s body’.

‘What a strange conversation’, she said.

‘No’ she said, ‘I just meant it’s an interesting conversation’.

“Well, never mind’, I said, feeling more than a little anxious. ‘In any case, nice Ankh’.

She responded warily, ‘Actually, it’s not an Ankh’.

Awkwardly, and somewhat stubbornly I retorted, ‘I believe it is’.

With unquestionable resolve, she slowly opened her blue blazer and revealed what was unambiguously an Anchor! “It’s an Anchor” she said “not an Ankh”.

Bewildered at my mistake, but excited nonetheless, I replied, “Why of course, it’s an anchor, clearly. Sorry, you’re absolutely right. But funny how it looks just like an Ankh when you cover the side bits of the bottom half of the Anchor with your blazer”. 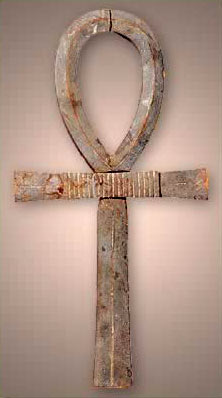 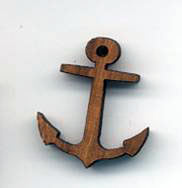 In that moment it dawned on me, the Ankh is commonly referred to as ‘The Key to the Nile‘, and what could be more of a ‘Key’ to a river than an Anchor, without which, royal ceremonies, and especially everyday domestic life, could not transpire. And linguistically the similarity is striking; i.e. Ankh/Anchor. 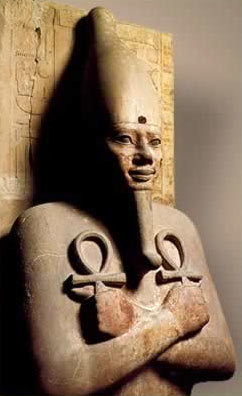 We parted ways with me thanking her for the insight, and my mumbling something about needing to do some research on the matter. I restocked on my Almond and Hazel Nut Muesli and headed for the checkout, oblivious to the rest of my shopping list.