Lana and the 27 Club 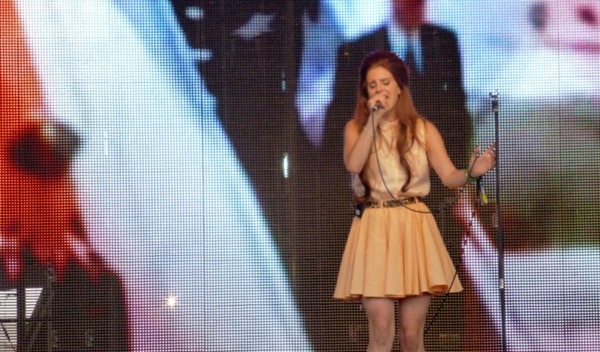 My friend, Star Peimbert, is an amazing astrologer and occasionally she assists me with my research, such as when she provided invaluable insight into the astrological charts of Stalin and Lenin for my article, Russian Mysticism and the Secret of Stalin’s Skyscrapers. So, I have come to respect and rely on her expertise.

From time to time we Skype and in one recent conversation Star, who has studied my astral chart, spoke of events in my life in the context of a 27-year cycle, which commences at birth and provides a dramatic impact around the age of 27-28, and again around the age of 54-56. She continued telling me of her insights, but I had stopped listening.

“You know – the phenomenon whereby many famous artists, usually rock stars, commit suicide (or overdose) at or around the age of 27. Nobody knows why. To be honest, I’ve always assumed it was coincidence.”

“I’ve never heard of that,” she added quizzically.

“Yeah, it’s quite famous. Jim Morrison, Janis Joplin, Jimi Hendrix, Brian Jones, Kurt Cobain and, most recently Amy Winehouse, all died from an overdose or similar cause at or near the age of 27. There is a long list of others. The thing is, I had just been thinking about the 27 Club, because the downbeat diva singer, Lana Del Rey, recently proclaimed in an interview that she wished she was ‘already dead’ – and she’s around that age.”

“Interesting… What would you like me to do?” Star asked, helpful as always to entertain my flights of fancy.

“Tell me more about the 27-year cycle, and if Lana will be next,” I replied, hoping that I was wrong, as I am a fan, having seen her in concert and enjoying the new album, Ultraviolence (her second), quite a lot.

“Ok. Send me her birth details and let me collect my thoughts, and then I’ll come back to you.” “Great. Thank you. That’s a deal,” I said with gratitude. And so I waited.

A couple of weeks passed and I decided to ping her on Facebook: “Star, hi, what’s up? Any news on Lana and the 27 Club?”

We spoke for ages, and what she shared was fascinating. She pointed out that she was able to find a ‘correlation’, but not a ‘causation’, to the tragic end of life that befell many artists around the age of 27. However, she added that this phenomenon was not limited to the entertainment industry, but that it merely had more visibility here.

Star shared that she had studied six musicians and one actor in detail: Jim Morrison (whose girlfriend, Pamela Coursen, also died at 27), Janis Joplin, Jimi Hendrix, Alan Wilson, Brian Jones, Amy Winehouse and Brandon Lee. All were famous and all had died, suddenly, by the age of 27.

Star shared that there are two cycles: the first involves the Moon and its Lunation Cycle, in this case the first Progressed Lunar Return. Their Progressed Moon, as she put it, was in exact conjunction (the same place) to their natal Moon, and less than 10° past the exact aspect. The first full cycle, she shared, takes place around the age of 27-28.

She then discussed the second cycle, which involves the first of Saturn’s Returns. She noted that Saturn was transiting at less than 30° before the exact conjunction to its natal place (Saturn Return) and that this cycle – the period when Saturn ‘returns’ by transit (regular planetary movement) to the same position as it was at birth takes about 27½ to 29½ years to complete, depending on the individual and on retrograde movements. Together, Star emphasised, these two cycle phases produce a tremendous emotional confrontation in the 27th year of life.

So, there was a pattern after all; and Star may have cracked the code. Now, perhaps for the first time, the propensity for someone of a particular set of life experiences to die young, as Star called it, ‘by a choice made at the soul level’, that is, not a conscious decision, but rather by ‘dissolving’ out of this existence and into another, at or around the age of 27, could be identified, and thus possibly pre-empted.

Star added that most of the 27 Club had reached a ‘pinnacle of existence’ at a very young age, and were public figures who (for the most part) experienced difficult childhoods and were required to mature too quickly. Fame and success came early, and rather than being ready to enter the next level, one of deeper emotional development and experience, they were seeking to escape what they perceived as the harsh realities of life. In the process most resorted to alcohol, psychedelics and extreme experiences of altered states as a way to ‘subconsciously return back to the Source’, as Star had put it.

Maybe consciously, or even unconsciously, Star added, these artists had already transcended to a higher expression of self, and were ‘dissolving’ into the ‘collective self’ on their way back to the source (via death).

I was fascinated, but had to know. “What about Lana?” I asked, pensively.

“She’ll be fine,” Star said. “I checked her chart. Not only has she just turned 28, but her Progressed Lunar Return has passed more than 9° already and her Saturn Return will still take more than 18° to conjunct her natal Saturn in her chart. So she doesn’t belong to the 27 Club. Rest easy. She’s not going to kill herself.”

“Excellent news!” I’m sure even Lana would be thrilled to hear that, I mused.

For further details on Star’s theory, you may contact her on Facebook: Star Peimbert; Skype: nydstar; and by email: nydunicorn@hotmail.com