Was Doctor Dolittle a Shaman?

I recently attended a weekend workshop led by the writer and shamanic practitioner, Simon Buxton, who I interviewed in 2009 in support of his wonderful book, The Shamanic Way of the Bee. Simon facilitated The Way of the Shaman workshop on behalf of The Foundation for Shamanic Studies, who have helped inspire a revival in shamanism, at least in the West, over the last few decades. The course was superb and provided a perfect induction into the fundamentals of shamanism and also afforded Simon and me a long overdue opportunity to meet. The course commenced with a review of the principles of shamanism, a discipline that Simon defined as ‘the ultimate expression of spiritual democracy’ and ‘a quest that could change the trajectory of one’s life’. I learned that the term originates from the Tungus region in Siberia and was first recorded in 1672. A shaman, Simon continued, ‘is someone skilled in accessing other worlds and returning with information’. I was intrigued, and would soon be given the opportunity to try it out.

As I prepared for my first foray into the spirit world, I was surprised to learn that over 90% of the world’s shamanic journeys are facilitated by drumming, not drugs. Something, about the rate of 4 to 7 beats per second, causes the brain to shift consciousness; to ready oneself for a journey to the land of our ancestors – a trip, I was told, that began in the heart. The primary tool used to induce journeying: the drum

Simon explained that we live in the ‘middle’ world and that during the course of the weekend we would ‘journey’ into the ‘lower’ and ‘upper’ worlds; spiritual realms free of ego and home to benevolent and transcendent beings. The drumming, which was accompanied by appropriately atmospheric tribal sounds, guided me on my way. Down the rabbit hole and up the beanstalk I scurried, encountering divine spirits in animal form and other manifestations along the way.

“Are you a teacher for me?” I asked an eager-looking spirit in the form of a leopard.

“Yes, I am”, the big cat stoically replied.

And so we talked. My journey continued, and next up was a bear; several of them.

“May I ask you a question?” I requested of the only bear that stood still long enough for me make eye contact.

“Yes”, the bear affectionately growled. And so I did…

Before long the drumming quickened, signalling me to return from the womb-like comfort of the lower world and the vast assortment of animals I had encountered there. I said my goodbyes, and no sooner had I gained consciousness than I had a revelation. Entry into the spirit world – I was learning – was through a process of imagination and intent; a forcing of one’s consciousness down into the lower world or up into the upper realm. This prompted me to speculate as to whether many of the popular works of literature were actually allegorical to the shamanic experience known as ‘journeying’.

Take, for instance, Alice in Wonderland, and travelling down the rabbit hole; or Jack and the Beanstalk, and climbing up into the clouds. Then there’s The Wizard of Oz, with its rich assortment of animal characters and wise men, including a witch flying up into the sky on a broom!

The one that really stuck in my head, however, was Doctor Dolittle: “If we could talk to the animals, think what fun we’d have…discussing Eastern art and dramas with intellectual llamas,” the song goes. On reflection, I talked to more animals on my initial journey than a child does on its first visit to the zoo. Had Doctor Dolittle been a shaman in disguise, I mused? 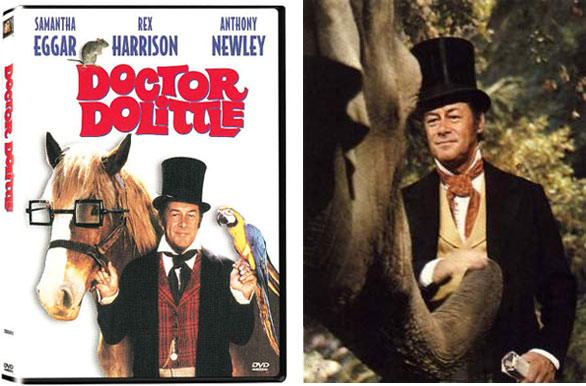 The truth is that I found journeying – or the act of entering the spirit realm through the willful transformation of consciousness – to be rather difficult. I struggled at times and often failed to experience anything. Simon assured me that this was normal and that I should think of it like a muscle in need of training and that this weekend represented my first trip to the gym. I found the analogy reassuring and soon became convinced that another reality, every bit as real as ours, does in fact exist, just over yonder in a consciousness we have largely neglected. The best part is that admission to the spirit world is free. All you have to do is drum…

‘The Way of the Shaman’ and other shamanic courses are available in the UK through the Sacred Trust: http://www.sacredtrust.org.