I recently had the pleasure of meeting two fascinating bee experts, Debra Roberts and Filiz Telek. The three of us dined at an unassuming, but superb, little restaurant in Istanbul’s Galata district and, as you might expect, we discussed bees. 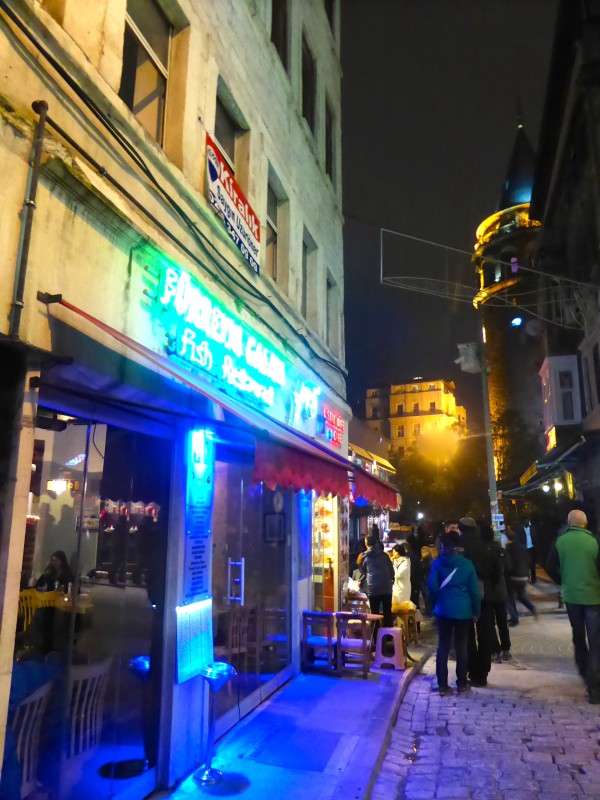 The Galata restaurant where we dined. © Andrew Gough

We took turns enthusiastically sharing our stories, and over dessert Debra, who teaches beekeeping, recounted the first time she experienced queen-bee piping, or the name given to the extraordinary noise made by the queen bee during its birth and introduction into the hive. 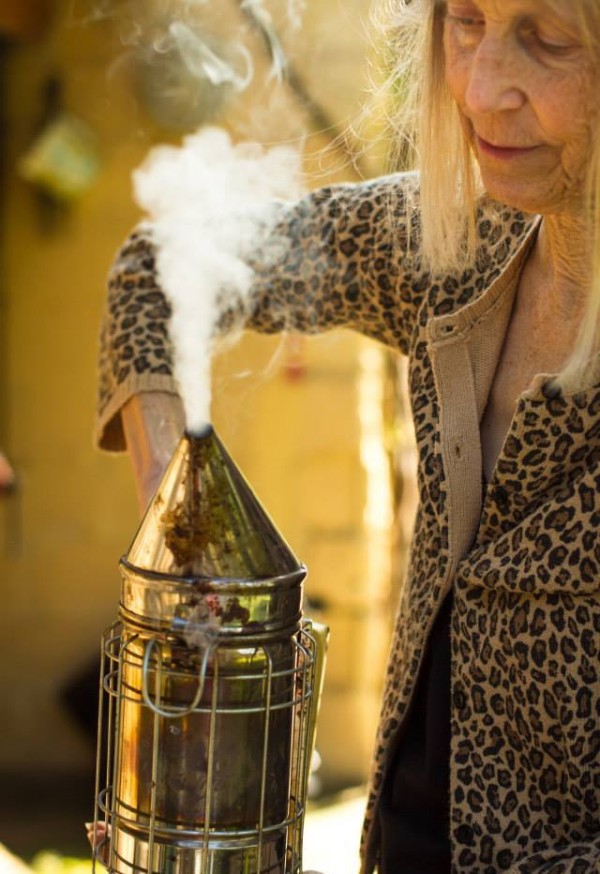 Debra preparing to smoke the beehive

I was enthralled, but had to confess that I was only vaguely familiar with the phenomenon. Debra asked me to look into it, for she felt it must have been important to ancient cultures, and was hoping to trace its influence. Later that night she emailed to me an audio recording of the queen-bee piping, and I listened to it intently. I became more mesmerised by the haunting sound with each and every play. 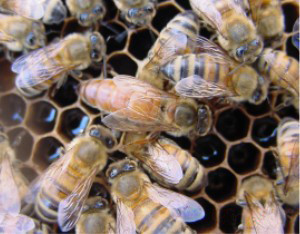 I knew that ancient cultures were aware of at least some of the bee’s idiosyncratic traits. For instance, the Greek philosopher, Aristotle (384–322 BCE), had written about the bee’s waggle dance, and my research suggested that he was not the first to notice, or be influenced by, this ancient form of satellite navigation. But was there evidence that the ancients knew about queen-bee piping and, if so, did they incorporate the unique sound into their customs and rituals in any demonstrable way?

As I listened to the recording with my headphones, I at first thought the queen-bee piping sounded like bagpipes, or other ancient wind instruments, even the didgeridoo. Upon further contemplation, it also reminded me of a trumpet; an instrument, serendipitously enough, that has a long history of being used in ceremonies where ‘royalty’ is introduced, much like when the queen bee introduces herself to the hive and affirms her supremacy with that astonishing sound. I was intrigued.

I spent the next few hours poring through my beekeeping library, and other sources, and although I could not find direct evidence that the ancients mimicked or otherwise paid homage to the sound of the queen bee’s piping, I was surprised at how many ancient musical instruments had been crafted to replicate the sounds of nature – animal noises in particular.

I also came across the musical genre known as ‘drone’, a minimalist style characterised by the use of sustained notes – just like the buzzing sound of a bee. Before becoming popular with experimental artists like the Velvet Underground, Brian Eno and an assortment of German bands (such as Can and Kraftwerk), drone music was accompanied by Byzantine chants, or what is known as drone-singing. Curiously, many musical scholars believe that drone-singing was an attempt to imitate the bagpipe; an instrument that contrary to popular belief, did not originate in Scotland. In fact, a sculpture of bagpipes, over 3,000 years old, has been identified on a Hittite slab at Euyuk in the Middle East, and bagpipes were known about and practised by numerous ancient cultures, including the Egyptians. 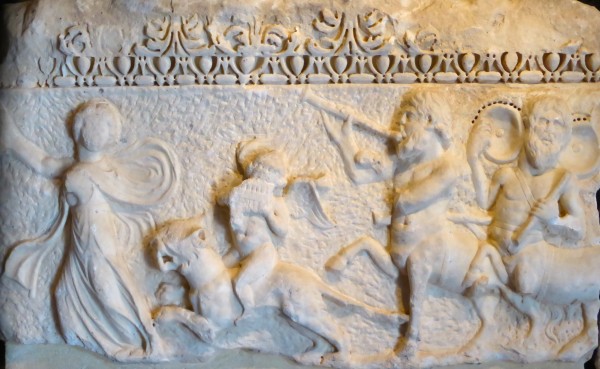 I came across a variant of ancient instruments, including bagpipes, on a recent trip to Hierapolis, an ancient city situated on hot springs in Phrygia, south-western Anatolia. © Andrew Gough

The fact that ancient Egyptians practised a reeded form of the bagpipe that was later adopted by Rome is interesting, for the Egyptian King was known as the ‘Beekeeper’, held the title ‘He of the Sedge and the Bee’, and featured an image of a bee in his cartouche. Esteemed positions in the Royal Court of the Old and Middle Kingdoms held the title of the ‘Sealer of the Honey’ and ‘Overseer of the Beekeepers’, reflective of the importance of bees, and their by-products, in Egyptian culture. Even the ancient Goddess, Neith, lived in the ‘House of the Bee’, and the equally ancient God, Osiris, was buried in the ‘Mansion of the Bee’, both in Sais, the former delta capital, whose pillar inscriptions spawned the legend of Atlantis.

Additionally, many Egyptian royals included images of beekeeping on the walls of their tombs, such as the Theban Tomb (TT100) of Rekhmire, a noble of the Eighteenth Dynasty, who held the title of High Priest of Heliopolis, Vizier and Prince during the reigns of Thutmosis III and Amenhotep II. There is also the Theban Tomb of Pabasa (TT279), Chief Steward to Nitocris I, Divine Adoratrice of Amun, of the Twenty-sixth Dynasty. However, the most ancient, and perhaps the most notable, is Nyuserre Ini, the sixth King of the Fifth Dynasty, whose Sun Temple and pyramid at Abu Gurab, in Saqqara, illustrates the art of Egyptian beekeeping, fully formed, around 2400 BCE. 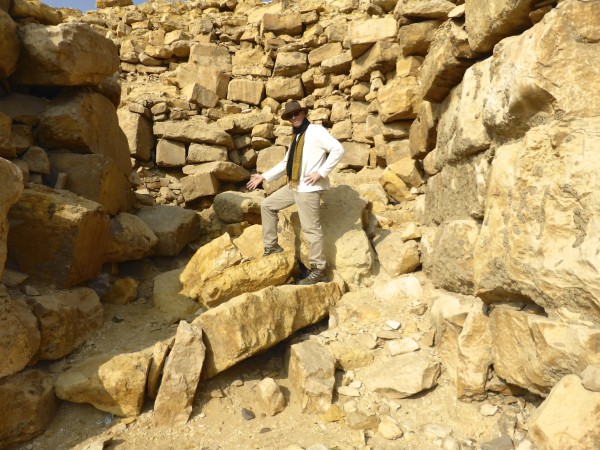 Author at the Abu Gurab Sun Temple, on the spot where the relief depicting beekeeping was located before a recent earthquake collapsed it. © Andrew Gough

A sketch of the beekeeping relief from the Abu Gurab Sun Temple, 2400 BCE

However, the ancient Egyptians also revered the trumpet and two allegedly magical trumpets, one silver and one bronze, were found in Tutankhamun’s tomb. Not only do they remain the oldest operative trumpets in the world, they are believed to incite war when played. So, did the bee-loving Egyptians embrace the bagpipe or trumpet, because it reminded them of the queen-bee piping? As much as I would like to believe this was so, I simply could not say. 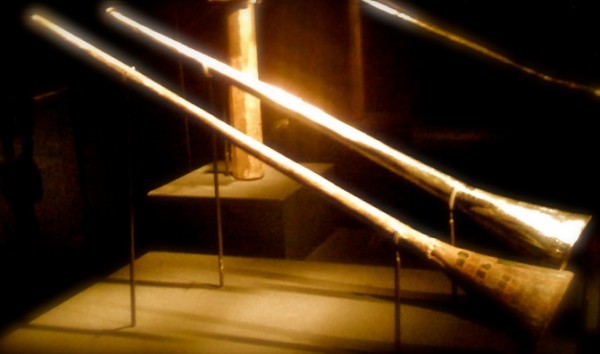 I was also reminded that the sound of bees humming – not a buzzing sound per se, but the explicit sounds of bees – has been recounted by individuals during yoga, near death experiences, apparitions, and even alien-abduction experiences. In Indian mythology the sound of a bee humming was emulated in Vedic chants. Certainly, the sound of the bee seemed significant, but the question remained, what about the sound of the queen-bee piping?

It was approaching 2am, but I carried on and soon dug up a curious reference to bees and piping in the Old Testament:

Academia’s explanation for the seemingly perplexing statement is that the fly and the bee refer to the armies of Egypt and Assyria, respectively. While this elucidation is possible, I remained unconvinced, and have my own theories, although they remain a work in progress. Still, for now, I could offer no better explanation, other than to say, it’s an interesting turn of phrase, and I am going to continue to give it some thought.

At first glance I had been unable to confirm Debra’s suspicion that the sound of the queen-bee piping was revered by the ancients, but my investigation has only just begun. And with this sort of thing awareness is the first step towards enlightenment. Time will tell what the bees want me to know.

Leave a reply to Anonymous Click here to cancel the reply