From the balcony of my Shoreditch flat I can just about make out London’s Olympic Stadium in the distance. Should any of the 2012 Olympic ‘conspiracy’ rumours come to fruition then I am assured of having a bird’s eye view of the proceedings. Let’s hope the most memorable thing about the Games is the athletes.

The 2012 London Summer Olympics marks the first time a city has hosted the coveted spectacle on three different occasions. The first was in 1908 and the second in 1948 after a delay owing to World War II. Then, like now, the event was mired in controversy before it had even begun.

The bid process for the 2012 Olympics got off to an inauspicious start when London unveiled its Olympic logo on 4th June 2007. Those who did not ridicule it expressed their bemusement at its amateurish design, despite the fact that it cost £400,000. Then came the controversy over it’s overtly, some would say brazen, depiction of the word ’Zion’ in the numbers 2012, complete with a dot over the ‘i’. Proponents of the logo’s occult associations believe that the emotive word signals the start of a New World Order, and that the London Olympics will be its stage. 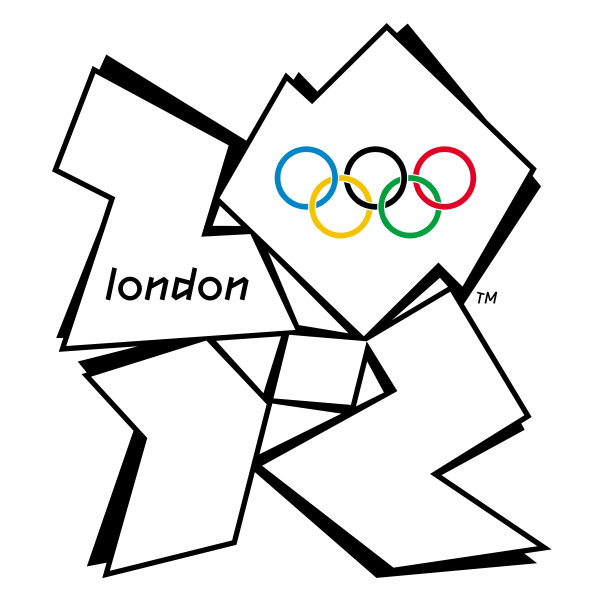 Further suspicion was raised in what amounted to a surprise selection of London as the 2012 Summer Olympic host city. Paris had been the heavy favourite, but on 6 July 2005 the International Olympic Committee (IOC) announced that London had won. The face of the former Olympic champion and London 2012 bid Chairman, Lord Coe, said it all. He appeared stunned. Coe and his team only jumped for joy, but also seemed startled by the news. It was later revealed that some of the votes may have been placed ‘in error’.

Tragically, London’s celebration was abruptly curtailed the very next day, 7th July, when a series of alleged suicide attacks occurred on three London underground trains and one bus during the morning rush hour. Four UK resident Islamists were identified as the guilty terrorists. Each was killed in the blasts, along with 48 other commuters, and more than 700 others were injured. Disturbingly, survivors commented on how the explosions came from under the seats of the trains. Inexplicably, no formal inquest was held, due to the fact that an investigation would, in the words of Prime Minister, Tony Blair, “undermine support” for the British Intelligence Agency, MI5. Were the bombings a form of retaliation for the IOC’s selection, or was there another motive? Many believe they were an inside job and that we should expect another ‘False Flag’ at the 2012 London Summer Olympic Games. 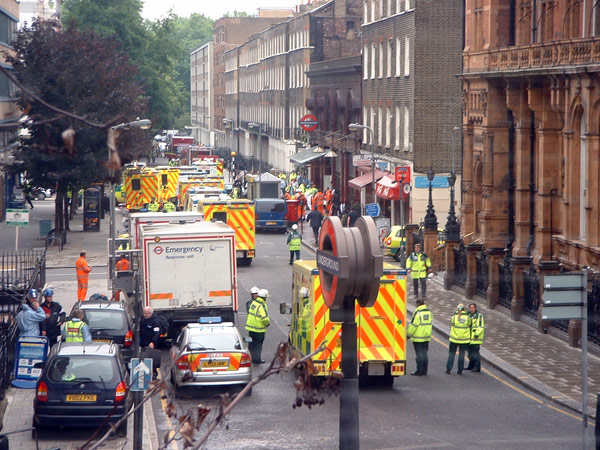 Chaos at Russell Square tube station during the 7/7 bombings

London’s 2012 Olympic odyssey continued on 19 May 2010, when the Games’ official mascots were introduced; two peculiar looking metallic figures by the names of Wenlock and Mandeville. One is blue and the other orange, and each has one eye. Curiously, each looks more like an alien caricature from a 1950s B-movie than a collection of molten steel consumed during the construction of the Olympic stadium that they are supposed to represent. 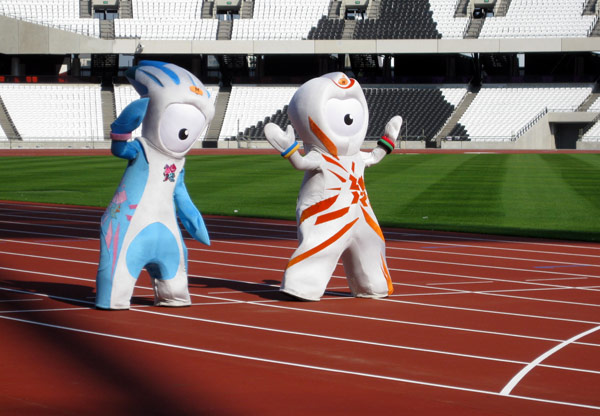 Those who believe that the 2012 Summer Olympics are linked to an occult agenda also cite the Games’ East London stadium location as proof that ominous forces are at work behind the scenes. Their concerns stem   from the biblically inspired street names that surround the stadium, names such as Great Eastern Road, Carpenter’s Road, Angel Lane, Temple Mills Lane and Church Road.  They also question why the stadium grounds remained vacant so long, suggesting that it had been earmarked for this special occasion for a long time.

Conspiracists believe that the ‘Zion’-inspired logo, the bible-inspired street names and the alien mascots are all part of a plot to instil a New World Order. Rumours persist, albeit entirely unsubstantiated, that either one of two events will be simulated during the Games. The first is the return of a legendary messiah, such as Jesus Christ or Mohammed, in what amounts to a modern-day rapture, and the second is that aliens will descend on the stadium. In each scenario it is believed that holographic technology will be deployed to produce the illusion and, although the manipulation will be apparent to many, the majority of people will feel the events are genuine.  Proponents of this theory reference a curious incident at the closing ceremony of the 1984 Los Angeles Olympic Games, when a flying saucer landed in the stadium and an alien addressed the crowd.  They believe this was a foreshadowing of the real alien landing that will occur during this year’s Summer Olympics.

Conspiracy theorists thrive on symbolism and the 2012 Summer Olympic Games, with their many rituals, including the highly symbolic passing of the torch, provide considerable fuel for their fire. Advocates also cite the symbolism and significance of numerology and, of course, 21 December 2012 is purported to mark the end of the world, according to the belief that the Mayan calendar foretells the end of days as we know them.  Numerologists believe that a New World Order will be ushered in, led by Prince William, due not only to his royal bloodline, but also the fact that he turns 30 on this year’s Summer Solstice and that this year is the 30th Olympiad, or XXX in Roman numerals.

It is easy to be sceptical and to criticise many of the so-called occult elements of the London 2012 Olympic Games. For instance, I live in East London and can confirm that there are many biblical street names in this part of the city. I can also see loads of underdeveloped areas from my balcony. Nevertheless, proponents point out that the first London Olympic conspiracist to go public with these ideas was a 28-year-old man by the name of Rik Clay, who managed a blog called the Cosmic Mind. Clay was found dead in August 2008, 3 months after exposing the London Olympics’ occult connections. Those sceptical of foul play reference the fact that he was simply regurgitating ideas that had already been developed by the British researcher, Ian R Crane, who had a considerably farther media reach than the young blogger. Furthermore, Clay’s parents acknowledge that their son had been depressed and are comfortable with the cause of death being suicide.

Ironically, the Olympics are, in fact, based in occult tradition, starting with the fact that they appear to have originated in Minoan Crete; a civilisation that is thought by many historians to be the historical Atlantis. Here, the Mother Goddess, Rhea, is said to have presided over sacred games, perhaps even bull leaping rituals, of which there is ample evidence. As with many cultural inventions, the Minoans influenced the Greeks in many ways, and of course it was the Greeks who adopted the more formal, if less feminine, version of the games that we have today. I wonder what the ancients would make of our version of their games, rituals and occult traditions. I suspect that they, like me, would conclude that the Olympic conspiracies are mostly bollocks.