Oracles of the dead are peculiar places. We have grown accustomed to believing that they were all sacred domiciles, where otherworldly events took place in the presence of the gods. However, at the risk of sounding sacrilegious, I believe that this was not always the case.

I recently travelled to Baia, Italy, and to the famed oracle in Delphi, Greece, to co-present an episode of director Bruce Burgess’s Forbidden History 2 with the United Kingdom radio and television celebrity, Jamie Theakston. What I discovered amazed me. 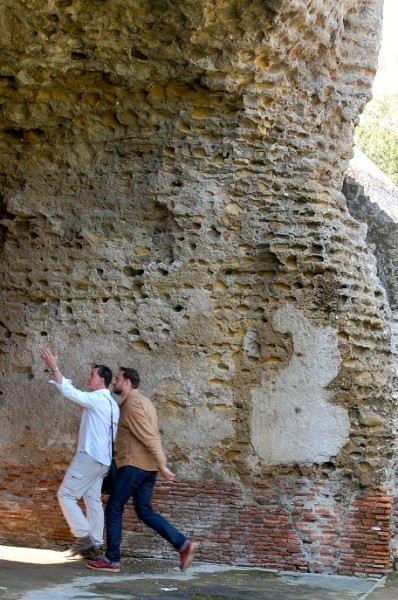 Exploring an Oracle of the Dead with Jamie.
© Raffaella Lamagna

Oracles were ritual centres, believed to contain portals, through which gods spoke; Delphi, and its famed Temple of Apollo, was one of the most ancient, and perhaps the most famous, in the ancient world. It is likely to have sprung, quite literally, from the sacred groves in and around Mount Parnassus, which surround the spectacular Delphi site.  Although there is little doubt that the sacred oracle at Delphi has its roots in ancient, holistic and honourable prophecy, what it became is quite disappointing, and often overlooked. 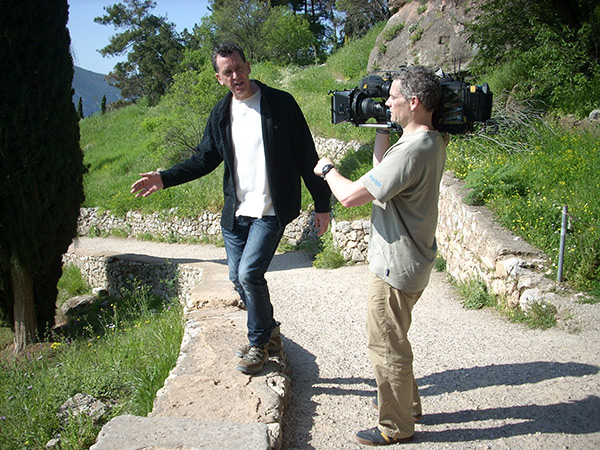 Heading down to the Temple of Apollo at Delphi.
© Alexandre Victorino

The oracle’s powers were highly sought after and their prophecies were never doubted or speculated upon. In fact, any inconsistencies between prophecies and events were dismissed as failure to correctly interpret the responses, not an error of the sacred oracle itself. This principle was never questioned.

Those who frequented oracles ranged from ordinary people to kings and queens, warriors and leaders of men. This goes to show that nothing has changed. Famously, the former American President, Ronald Reagan, and many other world rulers consult with psychics about world affairs today, as do many of us when we desire insight into which job should we should choose, which partner is right for us and what our future may hold. Clearly, the questions of humankind are eternal and common among all walks of life and rank and file.

Kings, queens, dignitaries and the affluent were convinced that their exalted status would mean that the gods would speak to them and advise them as to the best course of action regarding government, war or matters of state. They also had the most money to spend, which meant they would receive the best bang for their buck. And so, the problem is that Delphi became a bit of a spectacle; a farce, if you will, not unlike a modern-day fortuneteller – the only difference being that today’s tarot readers (not all, but many) do not need to speak in tongues to deprive us of our cash. 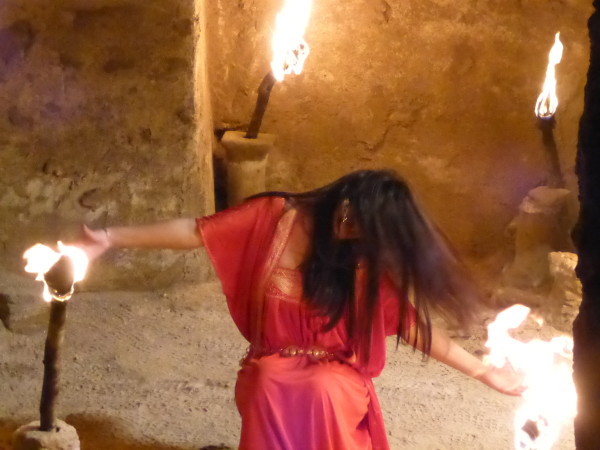 Priestesses like this used a variety of methods to enter a trance like state, where the priest would interpret her utterances in a manner aimed to please the patron. © Andrew Gough

Patrons with the most money were given the best show and everyone, regardless of status, was required to complete a list of questions in advance of their arrival, so that the priest could become familiar with their likes, dislikes and aspirations. Once the patron had arrived, the very priests who later interpreted the oracle utterances of a priestess (who was speaking in tongues and under the influence of hallucinogenic substances) would interview them for hours and even, in some cases, days.

The priests of the temple left nothing to chance and resorted to sending carrier pigeons to faraway lands to learn the fate of events (such as battles won and lost), so that they could appear more accurate in their interpretations of the priestess’s vision. After all, the social media of the day was word of mouth and accurate and entertaining prophecies meant more money from more patrons, and more profit for the priests and residents of the Delphi ritual complex. In short, in the process of becoming the original customer-experience management retreat for the rich and famous, Delphi had become the antithesis of the very principles upon which it had been founded.

However, the oracle of the dead in Baia, Italy, is another matter completely, and worthy of a bit more time and space than can be afforded here. Suffice it to say, it is not every day that one gets to escort a celebrity to hell and back. But that is exactly what I did. You can read all about my descent into hell with Jamie Theakston, and the remarkable adventure we had. It was quite a journey!

*** Please note that this blog, the article it links to, and the Forbidden History Television episode are not meant to discredit mediums, clairvoyants and fortune tellers, but rather the aspects of the discipline, both ancient and modern, that exploit individuals for profit. ***