John Dee And The Enochian Apocalypse

Doctor John Dee (1527 – 1609), remains one of London’s most intriguing historical figures. He even inspired Damon Albarn, the singer/songwriter of Blur to write and perform an opera about his life in 2012. This should not be surprising, for Dee’s talents are many and his legend seems eternal. Dee was a renaissance man; an occultist, mathematician, astronomer, astrologer and navigator. In addition to his prodigious skills, Dee was a confidant of Queen Elizabeth I, who guided the nation through one of its most challenging eras, partly based upon Dee’s unique blend of alchemy, divination and Hermetic philosophy. In fact, the Queen had so much faith in Dee’s calculations she had him choose her coronation date.

By all accounts Dee was a distinctive looking gentleman, respected and admired by many, as John Aubrey describes: “Hee had a very cleare rosie complexion…a long beard as white as milke. A very handsome man…he was tall and slender. He wore a gowne like an artist’s gowne, with hanging sleeves, and a slitt. A mighty good man he was.” 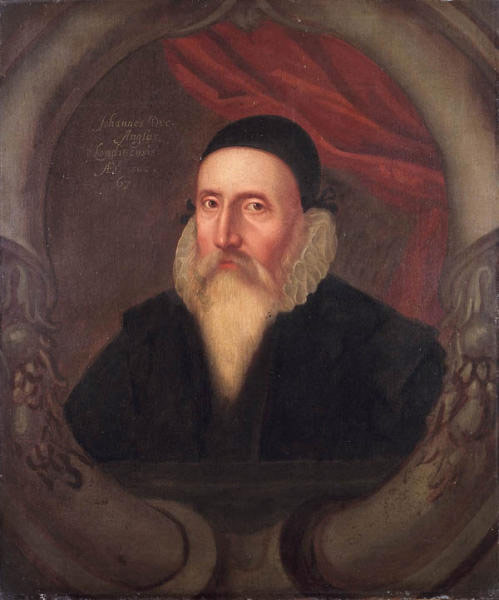 Dee lived in Mortlake, a West London village mentioned in the 1086 Domesday Book. Here, his modest residence along the River Thames provided easy access for Elizabeth and other dignitaries, especially other occultists, for Dee had amassed what was arguably the grandest esoteric library of his day. Sadly, fashionable apartments now stand where Dee once lived, and a block of council flats across the street boasts his name. 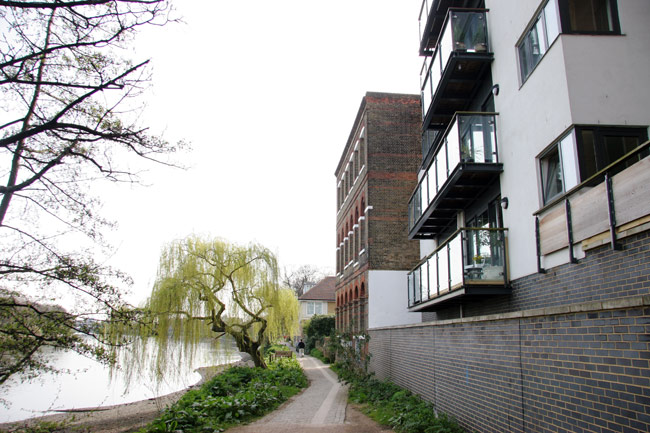 The site of Dee’s house and library in Mortlake. . . 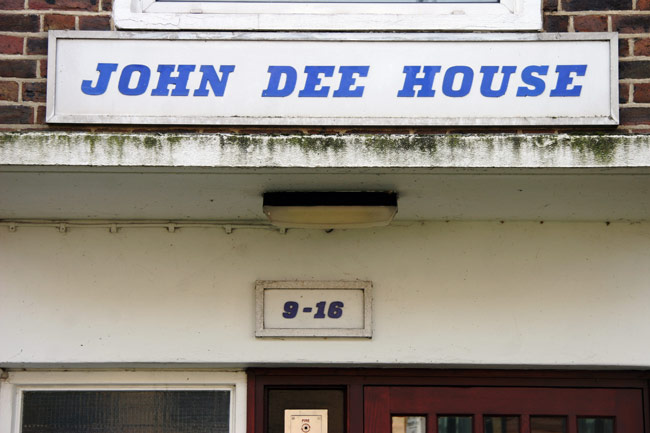 . . . and a nearby block of council flats

What is less known is that Dee was obsessed with the apocalypse, and believed he had opened a supernatural gateway leading to a powerful and disgruntled spirit world. But this came later. During the early part of his career Dee had little interest in the supernatural. He was a devoutly religious man and deeply ambitious. From the 1550s until the 1570s, he honed his skills as a writer, as well as a navigator with unique technical expertise. Few recall that he coined the phrase, ‘British Empire’, and that he helped shape the emerging ideology of the nation.

Dee became frustrated with his perceived inability to uncover more occult secrets than he already had obtained, and so began his fascination with the supernatural. During the 1580s he focused his attention on contacting angels in the spirit realm in order to obtain greater wisdom. Initially, Dee tried his hand at using a ‘scrying’ mirror or crystal ball, each of which can be found in the British Museum.

Dee struggled to achieve the results he was hoping for and thus reached out to someone who professed to have expertise in these matters. 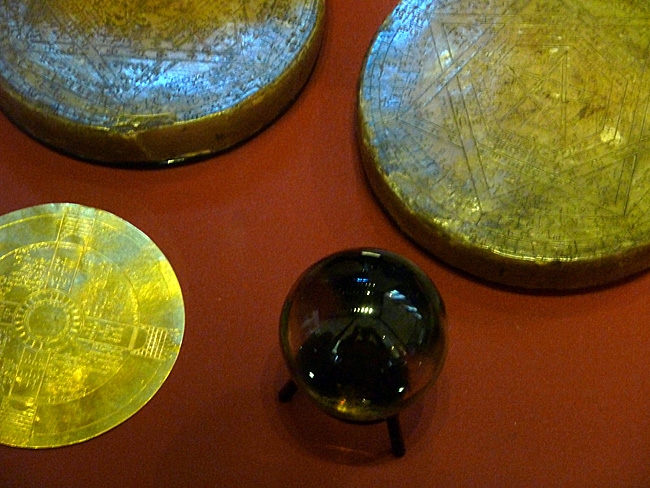 John Dee’s crystal ball, and other tools of divination, at the British Museum

Enter the occultist and spirit medium Edward Kelley, who stumbled upon a ration of magical red powder, which he had received from an innkeeper in Glastonbury, who had acquired the powder from tomb robbers. In a different version of the story, Elias Ashmole, who wrote the first account of Kelley’s discovery, recounts how Kelley found a book containing the curious powder in the ruins of Glastonbury Abbey. Regardless, Kelley’s desire to learn as much as possible about the magical substance, which he believed could turn base metals into gold, led him to Dee, whose library attracted many such seekers.

Like Dee, Kelley was a fascinating man; a seer whose ritual expertise in the black art of necromancy, combined with his passion for alchemy, and his quest for the Philosopher’s Stone in particular so impressed Dee that the two soon became inseparable. Together they embarked on a journey that would transform their lives and quite possibly ours too.

Dee and Kelley held various ‘spiritual conferences’; a quest that Dee believed would render immeasurable benefit to mankind. Kelley’s integrity, on the other hand, is the subject of continued debate and in fact before coming to London he was convicted of forging title deeds in Lancaster. Nevertheless, Kelley became Dee’s regular scryer and the two men appear to have achieved, if not exceeded, their goals, for Dee began to write truly remarkable, albeit sublime, works that he maintained were the product of angels, who spoke in language known as Enochian. 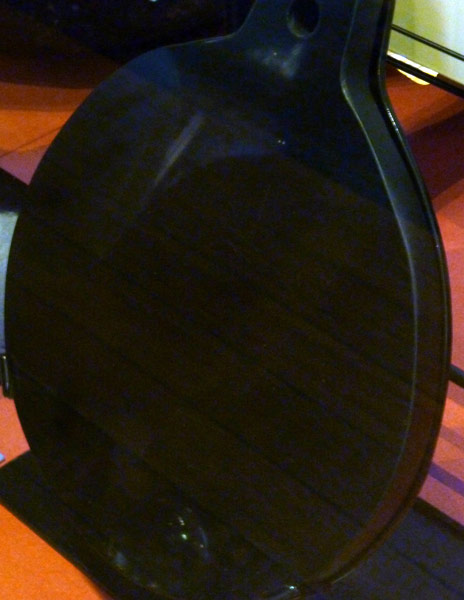 In 1583, Dee and Kelley embarked for Europe, seeking the patronage of Emperor Rudolf II in Prague and King Stefan of Poland in Kraków, amongst others. The two occultists continued their alchemical pursuits on the continent for a number of years. Once incident in particular stands out, which stems from their involvement in necromancy. An inquisition by the Catholic Church proved messy, yet both men were acquitted in 1587. That same year the angels instructed Dee, through Kelley, that the two were to share everything, including their wives, which they did. Dee’s wife gave birth nine months later to what is now thought to be Kelley’s child.

At the best of times the two men had what could be called a terse relationship, and the ‘sharing’ mandate of the angels angered Dee and led to his break up with Kelley, who later died in prison. Dee returned to his residence in Mortlake, only to find that his world had changed. Much of his library had been pillaged and his political stature had fallen. What little that remained of his relationship with the Queen enabled him to assume the office of Warden at Christ’s College, Manchester in 1595. He returned to Mortlake in 1605, where he died in 1609 and was buried under the high altar of his parish church. 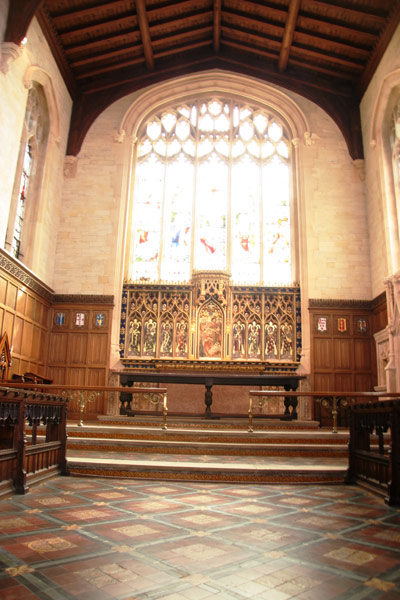 The high altar in Mortlake Church, where Dee is buried. 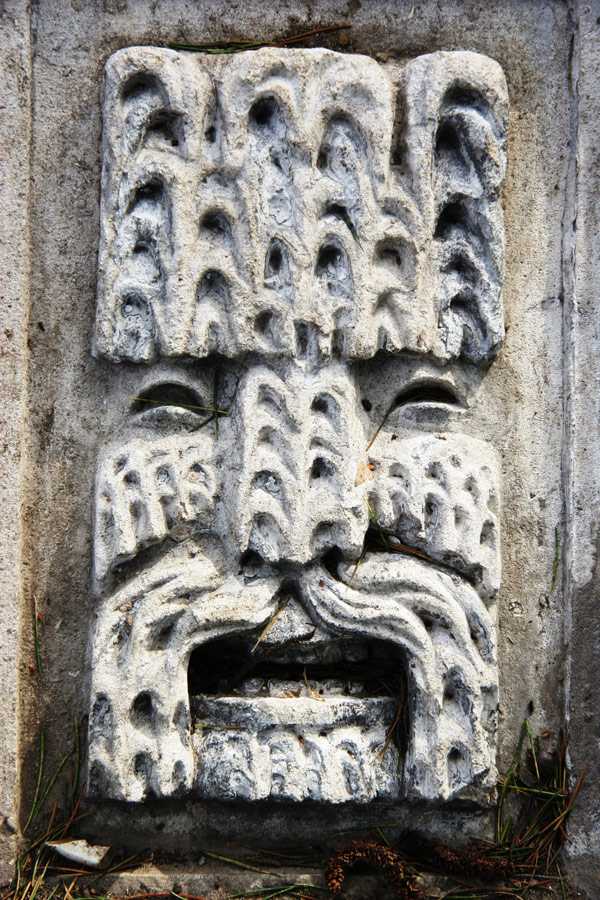 A peculiar stone carving in the cemetery, dating from Dee’s time

In retrospect, we can glean that the essence of the Enochian dialogues centred upon a coming apocalypse, which Dee’s angels referred to as ‘the Harvest’. Dee and Kelley had succeeded in manifesting the spiritual beings they had summoned, and what followed appears to have been the process of opening the gates to another dimension and obtaining the keys required to activate the angels’ agenda, an apocalypse of the mind – a poisoning of man’s spiritual essence and the rapid degeneration of society. In one instance the angel, Mapsama, instructs Dee as to his role in the whole affair:

Mapsama: These Calls are the keyes into the Gates and Cities of wisdom. Which [Gates] are not able to be opened, but with visible apparition.

Dee: And how shall that be come unto?

Mapsama: Which is according to the former instructions: and to be had, by calling of every Table. You called for wisdom, God hath opened unto you, his Judgement: He hath delivered unto you the keyes, that you may enter; But be humble. Enter not of presumption, but of permission. Go not in rashly; But be brought in willingly: For, many have ascended, but few have entered. By Sunday you shall have all things that are necessary to be taught; then (as occasion serveth) you may practice at all times. But you being called by God, and to a good purpose.

Dee: How shall we understand this Calling by God?

Mapsama – God stoppeth my mouth, I will answer thee no more.

The exchange is intriguing and hints at the angels’ selection of Dee as the wick by which the fuse to ignite the end of days would be lit. Had Dee and Kelley unknowingly ushered in the Enochian Apocalypse?

Three centuries later the Golden Dawn incorporated many of its teachings and one of their initiates, Aleister Crowley, picked up where Dee and Kelley had left off. He wrote: “Much of their work still defies explanation.” Crowley is known to have concentrated on Dee’s ‘Apocalypse Working’, although it is not known whether he accessed the elusive occult key necessary to usher in the apocalypse. Nevertheless, Crowley died in 1947, believing that he had opened the gate of the apocalypse almost 45 years earlier, in 1904, when he had spiritually ‘received’ The Book of Love.

Today, we are uncertain if Dee, Kelley or Crowley did in fact unlock the key of the apocalypse, for it is said that the apocalypse is a slow-working mental transformation within the collective unconscious of the human race.

The year is 2012. Now, as then, we contemplate the possibility that we are living in an Enochian end of days.  Doctor Dee influenced history at the highest levels of government.  His occult legacy influenced perhaps the most notorious of Occult groups, which in turn influenced the ‘New Age’ and modern occult movement.  But was he also instrumental in the opening of a door in human consciousness that would allow the apocalypse to manifest?