I am very pleased that Series 3 of Bruce Burgess’s ‘Forbidden History’ is finally on air. Like all documentaries, you film your bits and then wait for ages – often 6 months or longer – before the show debuts.

The fascinating series is of course presented by Jamie Theakston, who along with his contributors, uncovers the startling truth behind great myths, historical legends, conspiracy theories, ancient treasures, lost civilisations and war time secrets.

I hope you enjoy watching the six episodes as much as I enjoyed contributing to them.

Look for Forbidden History on the UK Yesterday Channel each Friday at 9pm, London time.

Also look for the show, in due course, in other countries, such as the AHC Channel in the U.S.

Lastly, here is a picture of me on the set with fellow presenter, Father Lionel Fanthorpe. All that separates us is about a foot in height, a bit of hair and a collar. Seriously, I have been a big fan of Lionel’s work for years. 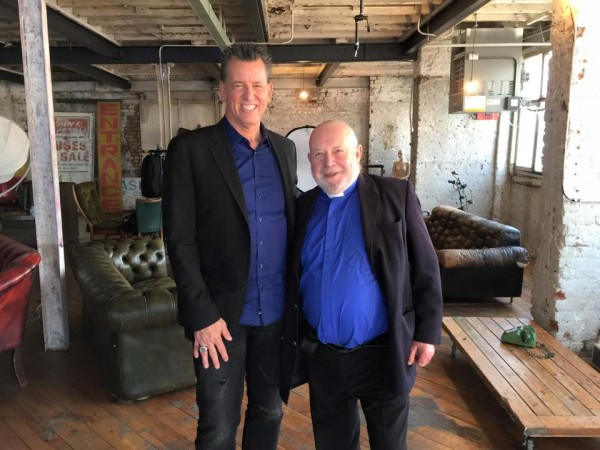 With Father Lionel Fanthorpe on the set of Forbidden History