A Short Explanation of Occam’s Razor

There are many variations on the definition of Occam’s Razor, a theory named after the 14th century English philosopher, William of Ockham. 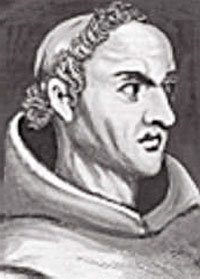 The Wikipedia Online Encyclopaedia sums it’s essence up quite nicely:

“Occam’s Razor states that the explanation of any phenomenon should make as few assumptions as possible, eliminating those that make no difference in the observable predictions of the explanatory hypothesis or theory. The principle is often expressed in Latin as:

Entities should not be multiplied beyond necessity.”

As an extension to Occam’s Razor, the Principle of Parsimony is especially useful in decomposing a legend such as Rennes-le-Château. It states (again courtesy of Wikipedia):

“One should always choose the simplest explanation of a phenomenon, the one that requires the fewest leaps of logic”.

Many disciplines have benefited from the application of Occam’s Razor, such as mathematics, philosophy and physics.

The application of Occam’s Razor to historical mysteries, especially esoteric subjects, can be limiting. This is due to the fact that the data being analyzed is not always black and white, or even previously assimilated and accepted into our cultural belief system. However, Occam’s Razor and the Principal of Parsimony are a very important place to start, even when it leaves us wanting more.